Overlooking the Atlantic waters of the Bay of Biscay, the thousand-year-old hermitage of San Juan de Gaztelugatxe is a magical place to visit in the Basque Country. Surrounded by impressive cliffs, this tiny islet lies just 35 km (22 mi) east of Bilbao.

Gaztelugatxe, which means “stone castle” in Basque, is not an easy place to visit. After traveling through breathtaking landscapes, visitors must cross a double arched stone bridge before climbing the 241 steps of a spiral staircase to a small shrine dedicated to Saint John the Baptist. Once there, the view of the surroundings is magnificent.

View of the 241 steps of the islet of San Juan de Gaztelugatxe. ( Ksenia Joyg / Adobe Stock)

As with all of the region’s coastline, the islet itself was created by the tireless Atlantic eroding the coastline to form tunnels, cliffs, and arches of all shapes and sizes. Connected to the mainland by a stone bridge, San Juan de Gaztelugatxe rises 150 meters above the sea providing a strategic view, an advantage that has allowed the island to become the backdrop for some key historical moments. .

The rocky island and its chapel served not only a religious purpose, but also a defensive function, as San Juan de Gaztelugatxe was strategically located to help protect the Lord of Biscay in his struggles against the King of Castile . In 1334, the lord of Gascony, at the time Juan Núñez de Lara, was driven to the islet by Alfonso XI the king of Castile and resisted for more than a month.

Folk tales claim that at different times in history it was the scene of many battles, attacked by pirates, plundered countless times, and even was a witch clan. In 1593, San Juan de Gaztelugatxe was attacked by the infamous Sir Francis Drake, when he was again attacked by the English in the 18th century.

In March 1937, the unique formation witnessed the naval battle of Cape Machichaco, between Spanish nationalists and the Basque navy which was helping a Republican convoy during the Spanish Civil War. 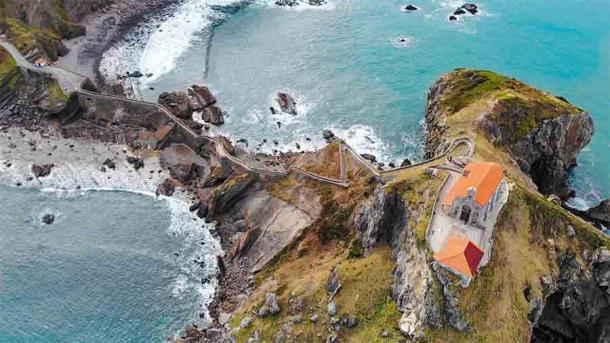 San Juan de Gaztelugatxe is a popular pilgrimage destination. According to popular tradition, Jean-Baptiste, whose name it bears, visited the islet, leaving his mark on the last step. You can still walk in this imprint today in the hope of receiving good fortune. A proven strategy to attract attention through the ages, this story has transformed Gaztelugatxe into one of the most important pilgrimage destinations on the Basque coast.

This is particularly true during the San Juan festivities which take place on June 24 of each year, and for which the faithful come to give thanks to the popular saint. Viajes explains that the inhabitants “also leave offerings of flowers to an image of the Virgin which was installed at the bottom of the sea in 1963”. Gaztelugatxe is synonymous with fishermen, the interior of the sanctuary full of ex-votos left by sailors in thanks for having been rescued from the powerful waters of the sea.

Legend has it that by reaching the belfry, after climbing the seemingly endless steps that lead to the shrine, ringing the bell three times will bring luck to the bell ringer, ward off the evil eye, or even grant you a wish. True or not, it’s a hit with pilgrims and tourists. While remaining a picturesque tradition, “multiply these three rings by several hundred a day, as tourists queue for fun, and the result is enough to test the most patient of the gods,” says Pedro Gorospe in El Pais . 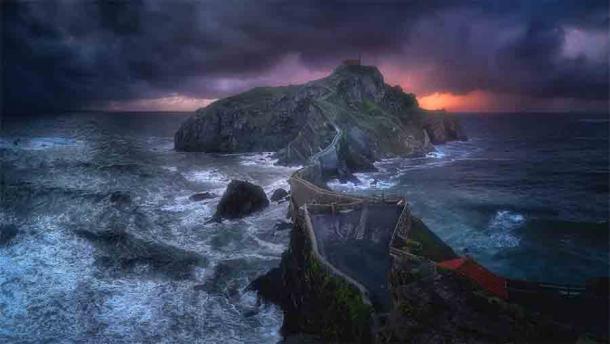 The use of San Juan de Gaztelugatxe as the filming location for Game of Thrones season seven has increased tourism to the area. ( mimadeo / Adobe Stock)

Gaztelugatxe and the game of thrones

San Juan de Gaztelugatxe was featured in season seven of the HBO fantasy drama series Game of thrones in 2017. In the series, the beautiful Mother of Dragons, Daenerys Targaryen played by Emilia Clarke, visits her ancient ancestral home, the fortress island known as Dragonstone. In the plot, Dragonstone is her birthplace and a place where Daenerys can build up the strength of her ancestors. The steps shown in these scenes are real, while the palace atop the islet is computer generated.

Its inclusion in the series sparked renewed interest in tourism in the region. Film buffs are particularly drawn to the spectacular scenery. In July 2017, the month of season seven airs, “some 75,000 tourists literally walked in Daenerys’ footsteps,” Sarah Wildman writes in Vox. “In a millennium of pilgrimages, San Juan de Gaztelugatxe has never seen such tourist figures.”

The local government has been trying to figure out how to deal with the influx of visitors and the effects this has on the monument itself, to prevent them from destroying its off-the-beaten-path atmosphere. The impact of the show shouldn’t have come as a surprise to the local authorities, who used their newfound fame to promote tourism in the region. As Alex Butler wrote in the Planet alone , “It goes without saying that any site used in Game of thrones will become a popular tourist destination. According to El País , there have even been proposals to impose limits on the number of travelers, or to start charging an entrance fee.

A couple, the creators of Secret Famous Places, specialize in traveling the world in search of filming locations. Their mission is to recreate scenes from famous films and publish them on their various social networks. “We carry the tripod and the camera to the most remote places”, explain Robin and Judith on their Youtube profile, where they upload making-of videos of their adventures. “Finding the right place isn’t usually easy either. They of course visited San Juan de Gaztelugatxe and recreated the scene between Jon Snow and Daenerys on its famous steps. 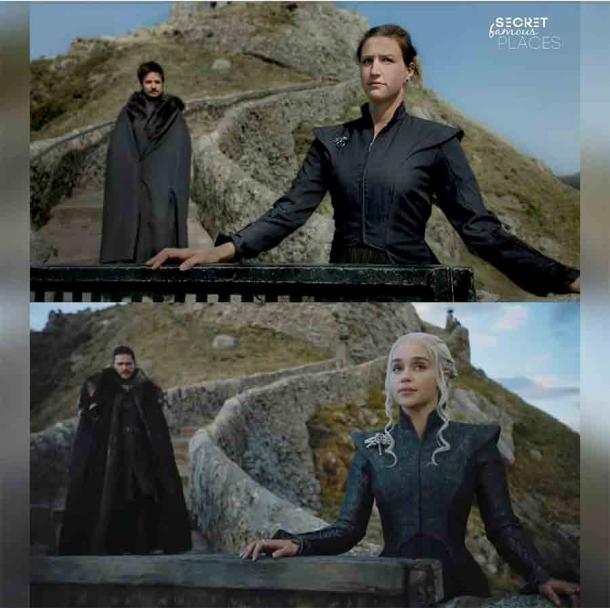 Robin and Judith recreated the scene from Game of Thrones where Jon Snow and Daenerys are on the steps leading to San Juan de Gaztelugatxe. ( Secret famous places / Facebook)

Just 45 minutes by car from Bilbao, the sanctuary is about an hour’s walk from Bakio. Visitors should book their visit in advance, a scheme that was created to avoid flooding the shrine with too many guests. You should wear comfortable shoes and appropriate clothing, use sunscreen, and bring water. The path and the stairs are steep and not recommended for people with reduced mobility or with health problems. The site is open from 11 a.m. to 6 p.m. all year round, but you have to arrive as early as possible to avoid the crowds.

Municipal socialism is working in Preston